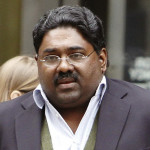 I was interviewed last week regarding the stories of Sri Lankan-born Raj Rajaratnam, head of the Galleon Group in the US or young Sydney equities dealer John Hartman, both found guilty of insider trading. The journalist wanted my opinion on whether I thought these high profile convictions will affect the way that companies deal with insider trading and change behavior.

My first answer was sadly “not really, but they may try harder not to get caught”.  However, it’s deeper than that.

Insider trading is too hard to define. If you can’t define it, how do you expect to prevent it or catch those involved? I do believe that the severity of the sentence might make someone think twice but the high potential rewards and low chances of conviction make it far too enticing.

Why is it so hard to define?

The generally accepted definition of insider trading is: The buying or selling of a security by someone who has access to material, nonpublic information about the security. However, that really doesn’t cut it simply because it’s way too broad.

Why is it so hard to prevent or stop?

The authorities had to go to extreme lengths and make a number of trade-offs to bring Rajaratham to justice. Over thirty people made deals for leniency in order to testify and give evidence to ensure the conviction of the ring leader. It took wire taps and months of investigation, all of which at the tax payers expense to bring one man to justice.  It will never give the money back to those that lost out.

How do you stop insider trading?

No-one really knows. Some say education, some say better controls and others say heavy sentencing.  Maybe it’s all three?  Some experts believe it’s about background checking of individuals before recruitment to look for habits and patterns of behaviors.  They argue that most insider traders that get caught seem to be addicted to gambling, alcohol or have chemical dependencies.  However, in trading positions these are often the behaviors we encourage.  No-one will admit it but we encourage risk taking and high rewards as was the case with John Hartman and then seem surprised when it backfires.

Surely these are clear cut cases aren’t they? but….

Would you like the burden of investigation and proof in the above examples?

I wouldn’t.  Information is valuable. Information that no-one else is yet privy to can be very valuable indeed.

Admit it, what’s the first thing you really want to do when you have been told a juicy secret? Tell someone, demonstrate how you are “in the know”. It’s human nature.  Ad to that the temptation of gaining financially from information, especially when you can’t see any direct harm can be overwhelming.

Sure, guys like Rajaratnam should be caught and punished. In my humble opinion, this is the worst kind of insider trading, deliberate and corrupting of others who otherwise may not have gotten involved. He bribed people in high places to provide him with tips and inside information. In fact, I believe the tippers should have been equally punished as they were mainly trusted professionals with a duty of care to their clients. However, the extent that the authorities had to go to in order to gain a conviction were quite extraordinary and that is why I don’t believe the outcome of this case will have any lasting effect. Prevention and conviction is too hard and too costly.

These cases may serve to satiate the media’s interest in the subject, publicity of long, hard sentencing may reduce the appeal but in the end, we have to admit that it is with us forever.