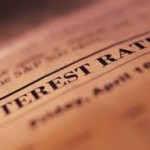 We are currently in an interesting situation with regard to interest rate caps on consumer loans in Australia. Around 18 months ago, responsibility for overseeing consumer credit was moved from State Governments to the Federal Government. Over the period since then industry participants have been through the credit licensing process and most are now about to commence their first Annual Compliance report to ASIC. Many executives will be rushing to ensure that they complete the required 20 hours of CPD training in time.

When the Federal Government took over responsibility for consumer lending it did not take over the current State-based interest rate caps immediately but agreed to develop a new national approach later. There is a range of different arrangements in different States mostly based on a 48% annual interest rate. In some States there are no caps and in others there are some including broking etc costs and some not. There is no question in my mind that there is a need for some Government controls on consumer lending especially when loans were being made to people on Centrelink benefits and where loans were made to people who could not possibly afford to repay them. Many of these loans had huge default penalties and were clearly unfair and unreasonable and the debt recovery procedures were frequently very unsavoury.

However, much of this problem has been removed by the introduction of the Federal Government’s Responsible Lending Guidelines which basically throw responsibility onto lenders to ensure that  borrowers have the capacity to repay any loan made to them. It is still early days but I expect that this arrangement will severely reduce the number of problems that have existed in the past.

Now we move on to the issue of the existing and proposed caps on consumer lending especially payday loans. Payday loans are typically small loans (all less than $1,000) to people who do not have, cannot get or do not want credit cards. They are typically to cover short term problems such as a need to repair a car so that the driver can get to work etc. They are completely unsecured loans and are usually repayable on the borrowers next payday. A loan might be for $400 with the amount repayable being $532 (being loan amount $400 and fees of $132 which includes GST of $12).

Typically, due to the cost of establishing the loan and the short period that it runs, the annual percentage rate can be over 1,000%. However, if you cannot get to work and need your car repaired, $132 might appear to be a reasonable cost to pay for quick access to cash. Just to quickly examine the costs involved. The first loan made to most borrowers is limited to $200 and the total fees (excluding GST) are around $60. Marketing costs to get a new successful online loan applicant can easily be $30. A lender has to identify the borrower due to the AML/CTF rules (Anti Money Laundering and Counter Terrorism Financing). This can easily cost $10 per successful loan if done electronically (allowing for the number of unsuccessful applicants) and more in employee costs if driving licenses, Medicare cards etc have to checked and copied etc. Bad debts can easily be equivalent to $20 per loan and a credit check has to be undertaken at a cost of $20 or so per successful loan and so without taking into account other costs, the initial revenue of $60 will clearly not cover costs even at these apparently high “interest rates”. The problem is that with the existing interest rate caps at 48%, even these loans cannot be offered in a number of States i.e. NSW, Queensland etc. In these States, small borrowers needing short term funding and who may not be able to get it from some of the new schemes being offered by NAB, some charities, Centrelink etc either go without or are forced into the arms of unscrupulous unlicensed lenders. It was hoped that the new Federal interest rate caps, due to commence on 1st January 2013, would resolve this situation. However, notwithstanding the Minister (still Bill Shorten) stating that he did not want to put the payday lending industry out of business and submissions to the Federal Treasury and their “nod and a wink” approval of the proposals (you have all seen “Yes Minister” and know how this works), Shorten managed to operate based on his old union negotiating approach and to propose something that was so far out of line with what was required that the industry as a whole thought that it would have to shut down.

NB. This is a standard but frustrating negotiating approach (like ambit claims) used so that it is easier to give ground later whilst demanding equivalent concessions from the other side .

Fortunately, the matter was referred to two Parliamentary Committees who both came to the same conclusion i.e. that Shorten’s proposals were too low and that Federal Treasury had no basis for the proposals.

Hopefully, if he has time now that he is also Industrial Relations Minister, he will within a reasonable time come back with a more reasonable proposal and I am sure he will claim support from the two bipartisan Parliamentary Committees as the basis for the revised proposals.

We will just have to wait and see.

Stuart Hackett is available to assist and advise on a range of technical financial issues. Please call on +61 2 9258 1972 or go to our Contact page.