Is ASIC Taking The PIS? 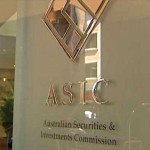 Yesterday’s report in the Sydney Morning Herald regarding Australian Securities & Investments Commission (ASIC) vs Professional Investment Services (PIS) is both interesting and alarming. ASIC conducted a surveillance visit back in 2006 and PIS agreed in an enforceable undertaking that it may have been in multiple breach of the Corporations Act. Yet after 4 years, ASIC still remains “concerned” that the rectification and remediation actions agreed have not been implemented.

PIS Group MD, Grahame Evans says the issues are “of an historical nature”, but goes on to state that “I’m not saying everything has been completed”. This is the confusing part to me. Surely this means the issues must be current in nature?

Now PIS have commissioned another independent expert for a report and have another 12 months to address ASIC’s concerns. From ASIC’s initial concerns to completed corrections a period of 5 years will have gone by. We’ve had a GFC in that time! Twittter, Facebook and LinkedIn were hardly mentioned back then!

I find it interesting that so many people have been involved, so much money spent and yet so little traction seems to have been gained. It’s alarming because how do we know that the incomplete actions haven’t created more breaches during this 4 years? Who is actually being protected by ASIC?

Is ASIC battling an un-winnable war? Is 5 years a reasonable timeframe to address serious concerns and breaches in a major financial business? Should board Directors and Senior Executives be held more accountable for breaches and resolutions in shorter timeframes?  We have our opinion but we’d love to hear your thoughts.  Would you like our help with any of the above? Please call on +61 2 9258 1972 or go to our Contact page.